Whether it’s luxury designer goods, killer heels, or bargains you’re after, New York’s retail icons have everything you could ever wish for and more!

Bloomingdale’s is not just any store, it’s a New York City institution. Located on 59th Street, the flagship store has been facilitating the best kind of retail therapy since 1886. Stocking a huge range of brands, from middle-range to high end, Bloomingdale’s has something for everyone.

If you’re not the shopping type, you’ll still love walking around the massive venue, especially when they have holiday decorations and displays up and running. We’re not joking when we say it’s possible to spend an entire day wandering around Bloomingdale’s! 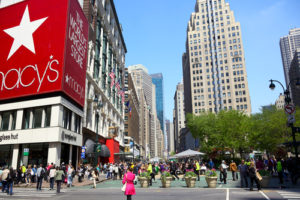 Though Macy’s is a popular chain throughout the USA, the flagship store in New York City, also known as Macy’s Herald Square, is really something else. It is the largest department store in the States and the second-largest in the world (in 2009, Shinsegae store in South Korea beat out Macy’s for the title).

Like Bloomingdale’s, holiday season at Macy’s is simply stunning and well worth battling the crowds to see. If you’re lucky enough to be visiting New York over Thanksgiving, you definitely can’t miss Macy’s world-famous Thanksgiving Day Parade.

Known for being super-stylish and a little upmarket, the Barneys flagship store really suits its Uptown New York City location. But those on a budget don’t need to worry – Barneys is known for its twice-yearly sales, where you’re sure to catch a bargain. You don’t need to be rich to be an Uptown girl!

Though Barneys is now known for the luxury, high-end designer goods it sells, things weren’t always so fancy for this famous retailer. Barneys began Downtown in Chelsea as a discount reseller, which is a very far cry from the decadent gold-leaf ceilings it later installed at its flagship store on Madison Avenue. 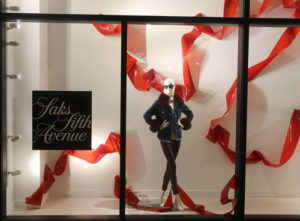 Saks is located on Fifth Avenue, just across from another New York icon, the Rockefeller Center. It is known for its unique – and free – personal shopping service, as well as its extensive shoe department, which New York locals claim is one of the best.

Beginning as a humble tailor shop in 1899, Bergdorf Goodman is now one of the biggest and best department stores in New York. An unlikely duo made the retail institution what it is today – a French immigrant, Herman Bergdorf, and his American-Jewish apprentice, Edwin Goodman. The stunning façade of the flagship store is the same one built by Goodman in 1928.

Come here for the spectacular window displays and stay for the high-end jewellery, big-name designers, and extensive beauty department. Though it was once known to attract an older clientele, Bergdorf Goodman has made recent efforts to appeal to younger shoppers. 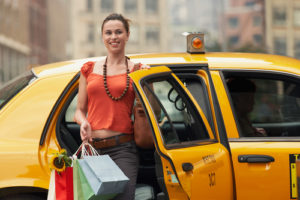 If you’re a bargain hunter, you simply have to experience the joy of Century 21. Known for its budget-friendly, brand-name goods, you’re likely to pick up all kinds of great deals from European and American designers when you hit up the flagship store on Cortlandt Street.

Don’t be afraid to uncover a great deal at Century 21 – celebrities are spotted here all the time, including Kim Kardashian. She might be rich, but the thrill of discovering a sweet bargain is clearly universal.

If it’s bargains you’re looking for, check out our guide on cheap shopping in New York.